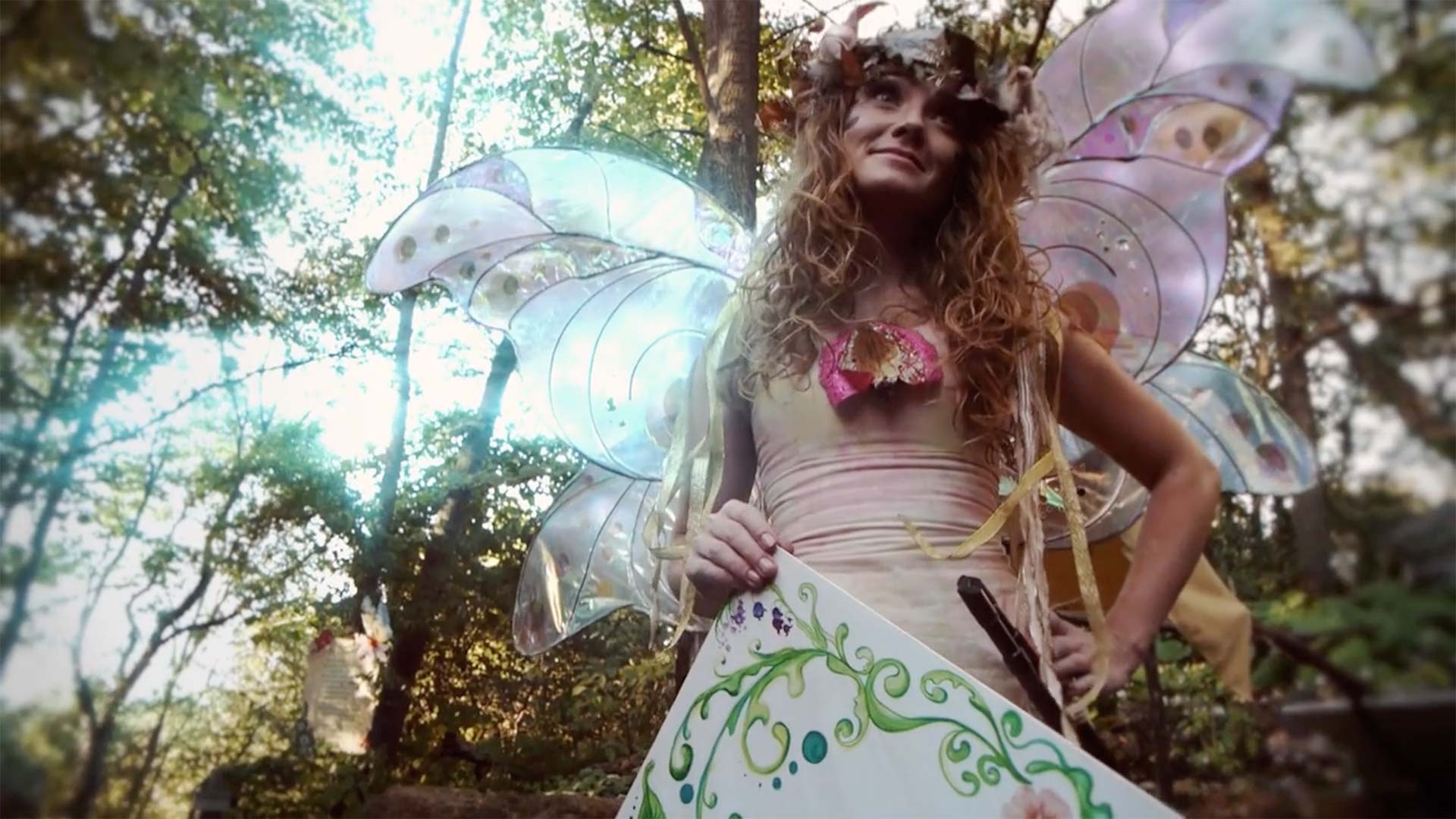 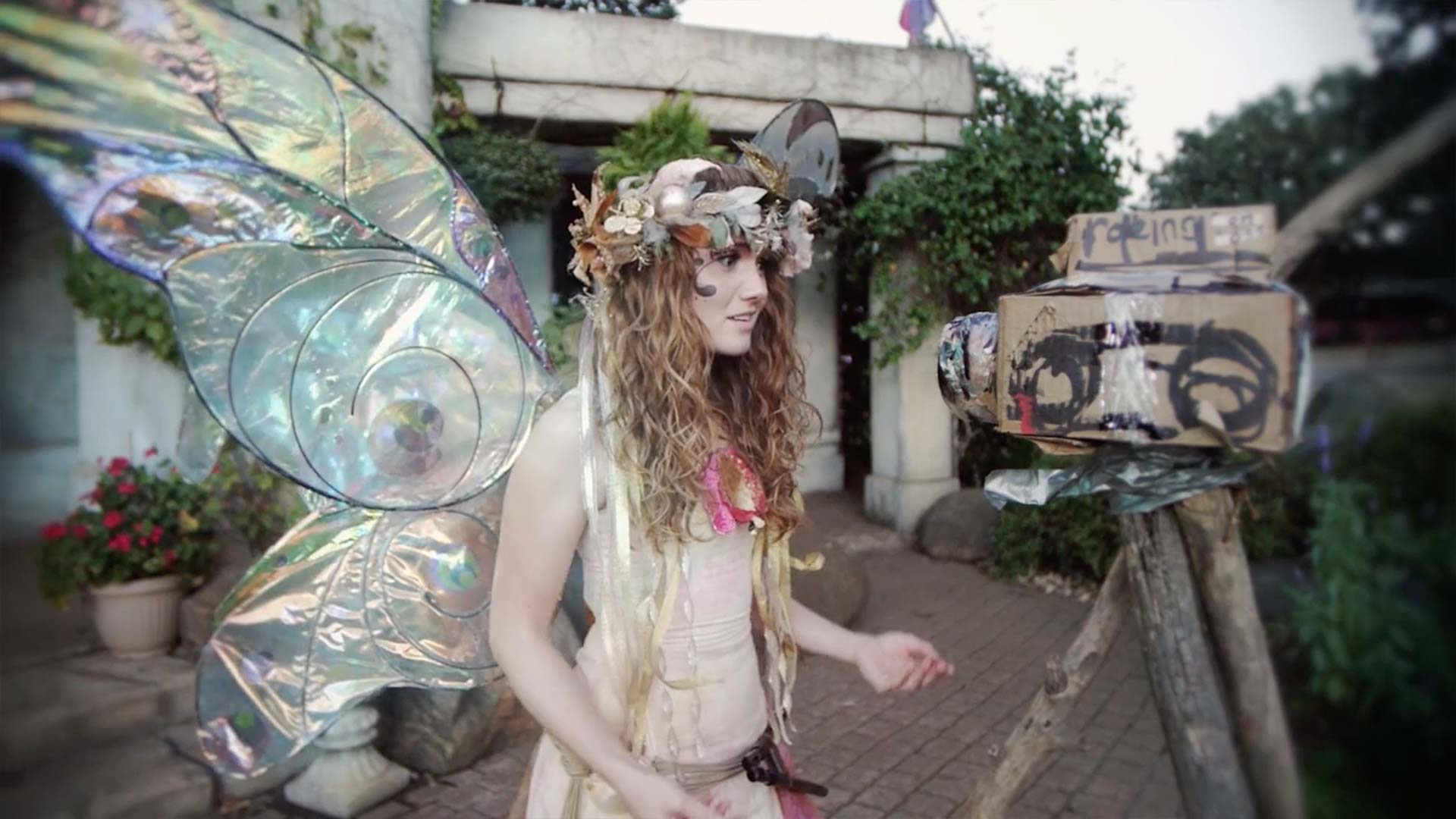 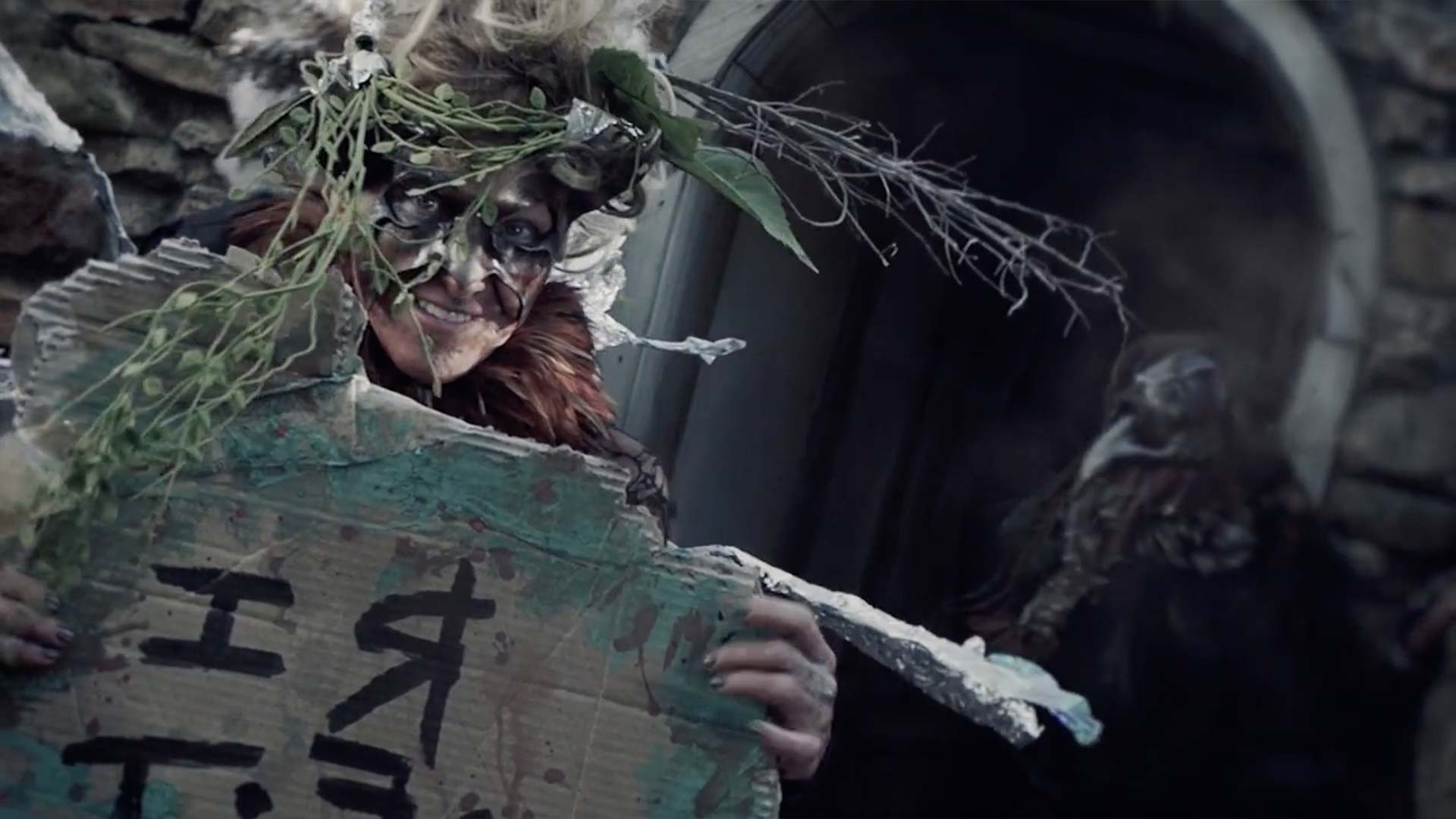 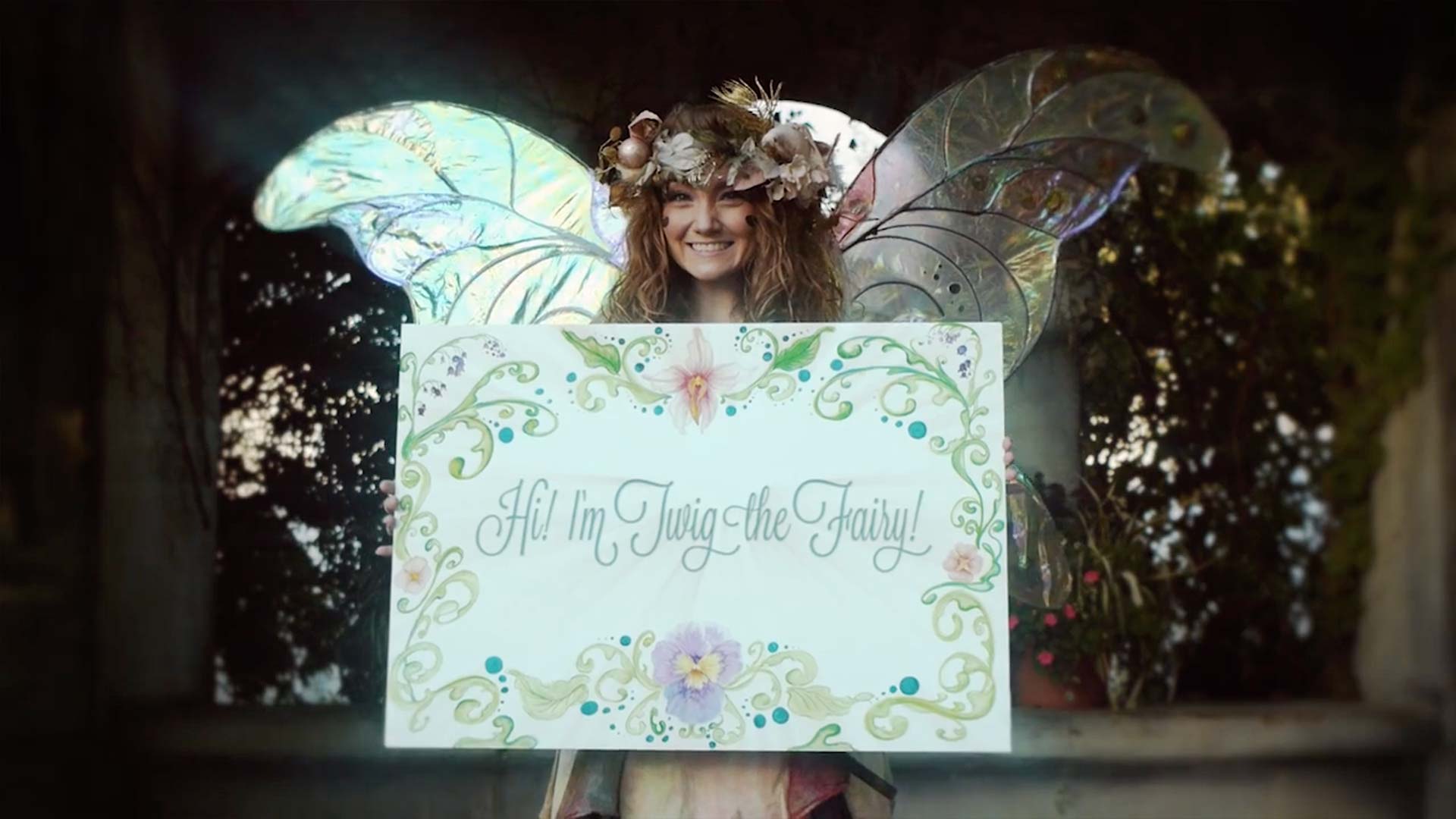 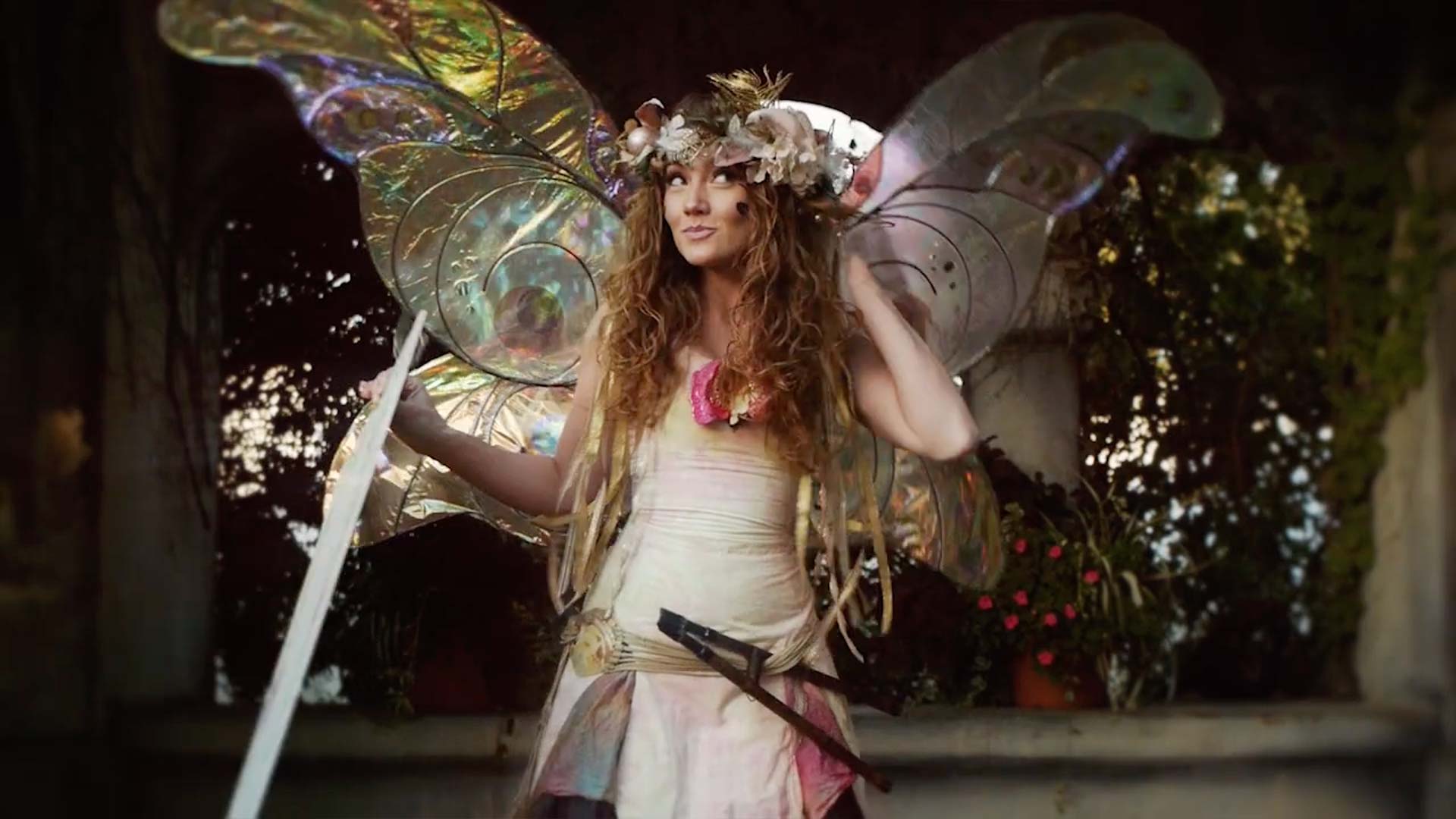 The performance artist and children’s book author, Twig The Fairy, needed a video to help promote the Kickstarter campaign for a new book. This was no easy task considering that Twig doesn’t speak—at least not with her voice. Her previous video used sub-titles, but she was looking for other, more magical ways for her to communicate on film without speaking. She also wanted the video to entertain— not just solicit pledges—and be different than typical Kickstarter videos.

The book featured mischievous goblins, so I had the idea to do a sort of anti-Kickstarter campaign, where the goblins distract Twig while she is creating her video and steal her camera. They then pose as Twig (not very convincingly) and try to dissuade viewers from contributing to the campaign.

Twig loved the idea, and together we wrote the script. We enlisted her goblin friends to be in the video, and shot the video with a crew of 2 (myself and a boom operator) over two golden-hour evenings at the Renaissance Festival grounds where she performs every fall. I then edited the footage and added visual effects.

The video created a buzz that got the campaign featured on the local “What’s Popular” page on Kickstarter, helping to raise more than double the goal. (232%—more than any of her previous Kickstarter campaigns.)